Pavement, Gravel, All Roads Point to The X

*FREE SHIPPING Available for this bike within the Continental US

The X is equipped to meet the challenge and grow with you. We wanted simplicity but reliability which is why you have a 38t narrow wide chainring matched with the Advent X 11-48t 10-speed cassette. This gives you the advantage when taking on hills so you feel confident and ready for more. The X is equipped with a full carbon fork which saves weight and offers vibration dampening. The barrier to discovery and adventure has been lowered so that you can see places you never thought you would before. Whether it is the dirt, the gravel, or the road, The Poseidon X is ready for the adventure.

The Dropbar offers a unique experience when riding on trails. You have multiple hand positions to choose from so if one position starts to get uncomfortable you can freely switch between the others.

Dropbars allow you to tuck lower and put a bit more power down on the flatter roads. Not to mention the thrill of descending in the drops! The dropbar handlebar makes even the most simple of trails feel a bit more exciting and gives you the opportunity to choose your lines.

You'll gain a bit more bike handling knowledge and technique as it's not the typical handlebar choice you may have been accustomed to. Longer miles will feel that much better knowing you have more options to choose from to rest your hands.

Assembly: You will need a T25 Torx drive to install the front brake rotor, 5 N-m appears to have done the job. It took a bit of fiddling to get rid of the break rub but that’s probably normal. I thought my front wheel was out of true but it was just the tire. This has gotten better after a ride. I gave the saddle about 15 seconds before I switched it out. Generally an easy build, just glad I happened to have that T25 on hand.

Ride: First ride today was 35 miles with lots of poorly maintained dirt roads. The bike is great on this. Forks are not very slack so descending is a bit sketchy when the terrain is rough. This is a trade off that favors the road in my view. Anything more aggressive than small loose gravel is a bit of a challenge. I think this would change with some larger tires, another trade off favoring road use. The gearing goes crazy low. High gear is not really there. This is my first bike with mechanical disk brakes and they fall somewhere between hydraulics and rim brakes as expected. The stem was set all the way up and I left it there for the first ride. I couldn’t imagine wanting to go higher.

If this sounds like I’m being critical, I’m not. This bike was a joy to ride. I planned on going out for a quick 45 minute ride today and came back two and a half hours later because I was having so much fun on dirt roads. Expecting a short ride I went out with half a bottle and no food so two hours plus’s later I was bonking and using that super low gear to get home.

I bought this mostly as a winter bike and I think this is going to work out great. I’m going to put fenders on it so I wish it had a chainstay bridge as an attachment point but that’s a minor detail. I’m very happy with this bike. 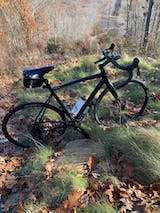 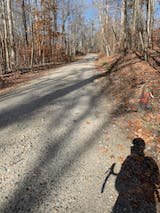 Love the bike. Assembly was not difficult. Everything arrived in great condition.

I ordered my Poseidon X online, it shipped the same day. I live in a remote part of Oregon so it took a few days to get here. I saw that they ship in a flatscreen TV box in a YouTube video, so that was not a great surprise. Everything was in the box - simple job to unpack and assemble. It shifts perfect right out of the box. I adjusted the brakes a little so they don’t rub. I have already added my own Brooks B17 - that seat has been on a lot of bikes in the last 10 years - and fenders. I also added a stem riser to get the bars up a little. I like the bars - very wide, makes handling the rough stuff a little easier. I will probably get some larger tires when these wear out - maybe 650B rims and very wide. Overall, this bike is perfect for the Oregon coast - lots of low gears, 37c tires for the rain and it’s got the Ducks green and orange colors. My first gravel bike and first bike with disc brakes, and so far I am having a lot of fun with this one. The bike seems to be put together well. Everything I’ve read online says they hold up over time. Being able to customize it the way I want is a big plus for me. I’ll know more after cycling through another Oregon coast winter, but even the bar wrap seems perfect for wet weather. Rate me very happy from the get go, would be glad to give you my year later impressions if you get back to me.
Thanks
Rick Peoples